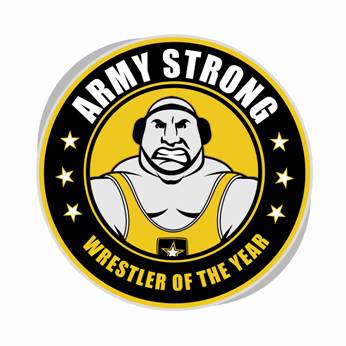 Army STRONG Wrestler of the Year

– The U.S. Army Baltimore Recruiting Battalion is proud to announce that ’s Evan Greenleaf has been voted the Army STRONG Wrestler of the Year for northern .  More than 11,000 wrestling fans from northern voted during the campaign. ’s Greenleaf finished fifth in his region at 215-pounds, won the Patriot Classic at in , and set a school record with 34 pins this season.

Each week, wrestling competitors must demonstrate physical and emotional strength, as well as strength of character, embodying the qualities of Army STRONG.  High school wrestling fans voted for the Army STRONG Wrestler of the Year at www.TheSportsFlash.com.

The United States Army is charged with protecting ’s freedom and preserving peace.  The Army trains and equips its soldiers to be the best, especially when it comes to their job, leadership, and soldiering skills.  With more than 150 jobs available in many exciting fields, the U.S. Army provides many job training and leadership training opportunities.  From working with computers to assisting doctors to fixing helicopters, there’s an Army job that’s right for you.  For more information, go online to www.GoArmy.com.